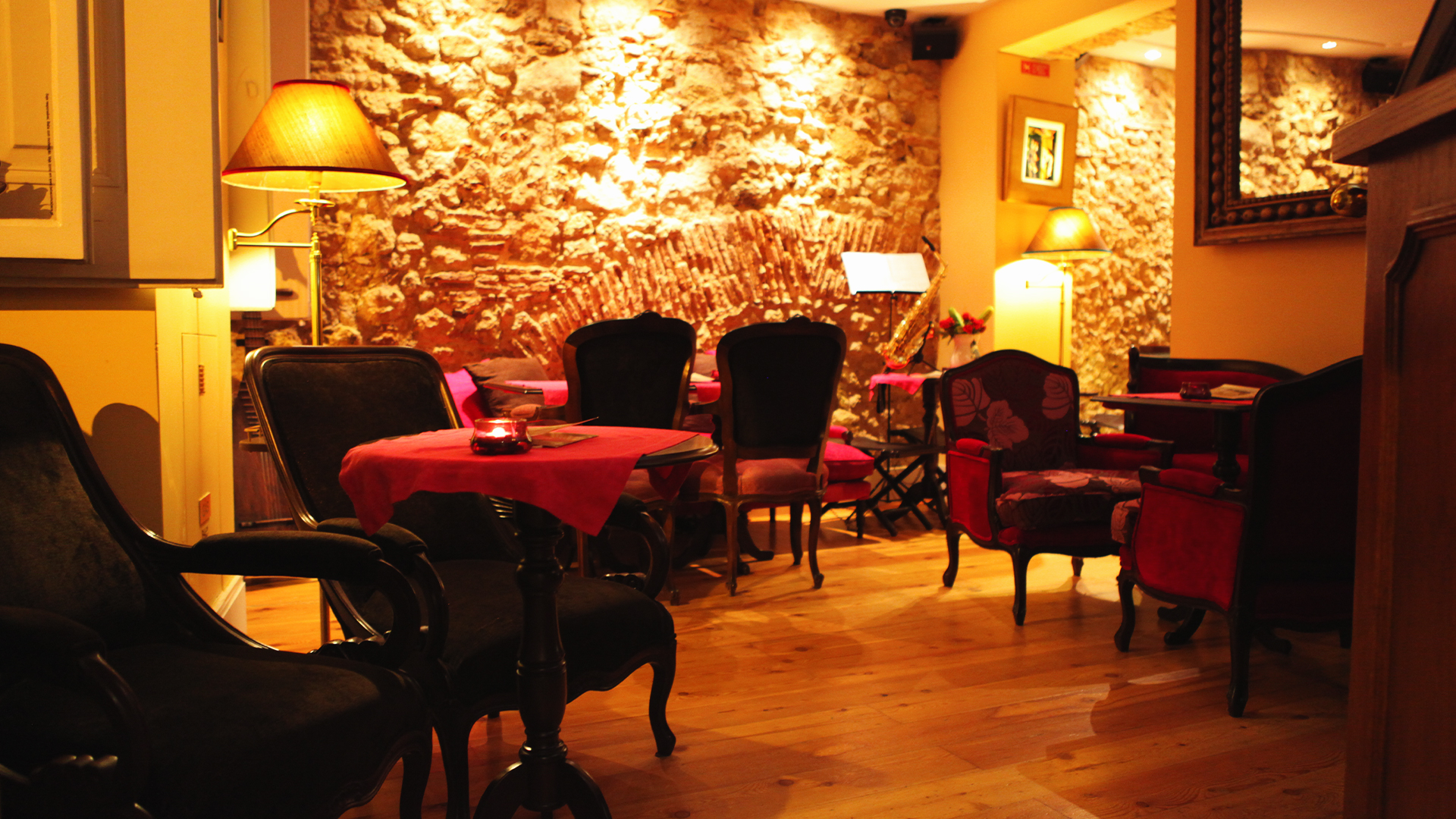 Above, live the owners. Underneath, customers and visitors are accommodated. It is a newly born bar on the ground floor of an eighteenth-century building in Lisbon, Pombaline to the core. Among the stars of this living room, committed to being the epicenter of gatherings and relaxing nights, is... Obama. But only in cocktail form. In an area with a Pombaline matrix, a bar with Pombaline hues was really good. It seems logical, thought Vanda Vinhinha and Manuel Penha da Graça, a couple who live in a manor house on Rua das Trinas, an artery in historic territory where the Lapa, Santos and Madragoa strains converge. And so it was born, baptized with a logical name, the Matiz Pombalina.It was in midsummer, precisely on the 1st of August, with the city taken by tourists, "to experiment slowly", they explain. The project for this bar, which is both elegant and as classic as it is modern, was not born out of a sudden earthquake of intentions, but of maturation: Manuel and Vanda, who have never before been involved in these bar things (theirs). careers are linked to the areas of human resources and insurance), had the ground floor of the Pombaline building where they moved a decade ago, asking for a worthy and valuable use.They developed the project, realized that the area (with famous fado houses and restaurants) was really in need of a charming bar that would lend itself to lasting social gatherings ("I noticed that, within this kind of bars, which I like a lot, there were only the old and classic and no new ones were born", emphasizes Manuel), they invited a friend and hands to work architect. It took three years of dedication but now they have their space, a wellness area, almost an extension of their own living room (literally, as they continue to live above the bar).Before you even reach the door, you just have to look through the windows and you'll immediately receive the atmosphere of an inviting room with soft lighting. The entrance is made directly into the main room, marked, on one side, by a sober wooden bar counter and, on the other, by a bare wall, where the original marks of the built structure bear the traces of history. The eyes will end up moving towards a star-object, a saxophone exposed in a corner - an allusion to the sounds that are also felt in the pleasant soundtrack but, above all, to the great desire that Manuel Penha Graça had to know how to play it accurately; until that happens, the instrument, however, is not just decorative: "On the second or third day, a French client asked if he could play it and gave a mini concert here", says Vanda.Altogether, we can stroll through three small interior rooms, three distinct divisions that each create its own intimate atmosphere, marked by its chromatic nuances, from pinks to reds, from blue to cream, all pontificated by the solidity and classic design of the furniture , artistic details or mirrors that enlarge the areas. The biggest attraction, however, and particularly on warm nights, is white: the small outdoor room, a small and bright patio (where even the chairs and tables are white) where a large panel of tiles with Pombaline motifs from the seal reigns Viúva Lamego. All the furniture, in fact, was made to order, between adaptations of existing structures and various originalities and combinations, both of noble materials and colors. Because the bar drinks from the spirit of legendary gathering spaces but refuses an air of pseudo-elegant "decadence", thus armchairs, tables and so on. they are and should remain immaculate - the "patine" will arrive here, but natural and careful.The same care is applied to the menu, which includes a wide selection of drinks and snacks, in addition to about two dozen cocktails, including three originals and among them the striking cocktail-homage to Obama. And here is how we transpose from the signs of the illustrious marquis and his eighteenth-century foundations to contemporaneity; a farewell to the powerful Sebastião de Mello of the 18th century and a hello to the liquid homage to the most powerful of the world leaders of the 21st century. And what does Obama know? Bourbon and Southern Confort immersed in Coca-Cola (you were just looking at it...). Like the others, the quality of the cocktails will be guaranteed by the barman Marco Vieira, with a lot of experience in bars, particularly in the top hotels, who signs the drinks list and promises care in the art of preparation and service.From the passion and vivacity with which Manuel and Vanda speak, it can be seen that they seek to build a bar that asserts itself with a certain elegance of old times but without bacoque nostalgia and without refusing any traces of modernity. Or as the bar themselves present, in the "search for the perfect fusion" between the "classic and traditional" and the "diffuse hue of signs of our time". A good example of this search for fusion is the existence of some LCD screens well disguised in classic frames, almost confusing themselves with paintings: "There is always a client or another who, on calmer nights or because he is alone, wants to see something specific, but for rule are turned off".The walls of the bar, in fact, serve above all to exhibit works of art - there is currently a long-lasting exhibition of paintings signed by Raquel Martins and where Lisbon is the motto; painting, by the way, will always be present, not least because Manuel also paints (albeit in an amateur way and he doesn't even see himself exhibiting). And it is from the communion of arts of Manuel and Vanda that the personality of this Matiz will be made, which, within its style, is a potential classic. Now, it's all a matter of timing and nuances. 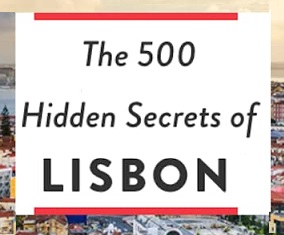 The 5 Best Cocktail Bars By The Hidden Secrets of Lisbon 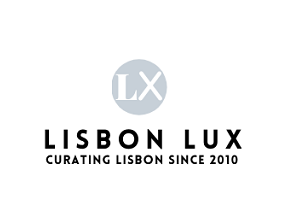 By Lisbon Lux – The Most beautiful Bars in Lisbon 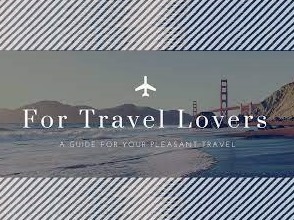 By “For Travel Lovers” – cocktails in a cozy and elegant enviroment

[contact-form-7 404 "Not Found"]
We use cookies on our website to give you the most relevant experience by remembering your preferences and repeat visits. By clicking “Accept All”, you consent to the use of ALL the cookies. However, you may visit "Cookie Settings" to provide a controlled consent.
Cookie SettingsAccept All
Manage consent

This website uses cookies to improve your experience while you navigate through the website. Out of these, the cookies that are categorized as necessary are stored on your browser as they are essential for the working of basic functionalities of the website. We also use third-party cookies that help us analyze and understand how you use this website. These cookies will be stored in your browser only with your consent. You also have the option to opt-out of these cookies. But opting out of some of these cookies may affect your browsing experience.
Necessary Always Enabled
Necessary cookies are absolutely essential for the website to function properly. These cookies ensure basic functionalities and security features of the website, anonymously.
Functional
Functional cookies help to perform certain functionalities like sharing the content of the website on social media platforms, collect feedbacks, and other third-party features.
Performance
Performance cookies are used to understand and analyze the key performance indexes of the website which helps in delivering a better user experience for the visitors.
Analytics
Analytical cookies are used to understand how visitors interact with the website. These cookies help provide information on metrics the number of visitors, bounce rate, traffic source, etc.
Advertisement
Advertisement cookies are used to provide visitors with relevant ads and marketing campaigns. These cookies track visitors across websites and collect information to provide customized ads.
Others
Other uncategorized cookies are those that are being analyzed and have not been classified into a category as yet.
SAVE & ACCEPT